You are here: Home / Business / The Future of Digital Economy – Megatrends
Today, the online advertising market, through search engines has reached 90 billion dollars. The smartphone market is worth $435 billion. The development of new technologies has led to the emergence of new markets and the growth of related industries. The world is changing so fast that we can say that the future is there. But in many cities and countries, the digital planet is still evolving at a different speed. 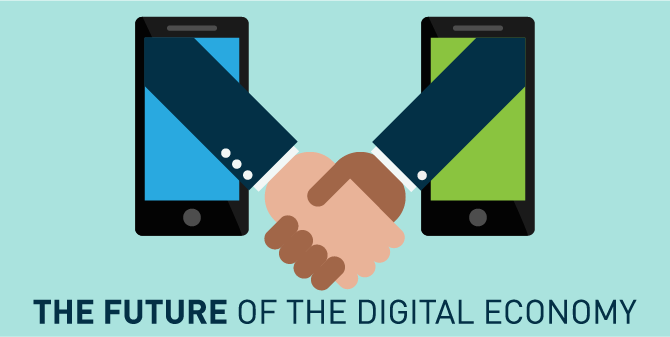 That is why the ability to see new trends and adaptation in real time ensures the competitiveness and success of the digital economy.
In this piece of information, we want to share our observations on key trends that are at the heart of most industry and business model changes.

Contents hide
1 Globalization
2 Lean Consumption
3 Techniques and innovations
4 Digitization of communications
Globalization has created a unique market and information space in the global economy and has liberalized the sale of products and services.

Information and communication technologies (ICTs) are changing communication patterns between individuals and between clients and companies. It becomes simple to create and maintain communication, and there is more capability for remote communication.
Author’s Bio:The author is John Peterson working as a professional writer at a network security company in Malaysia. He works specifically on cybersecurity and cloud computing projects. He was born in Fullerton, California in June 1990. Since childhood, he has been collecting inspirational paintings, and this is his hobby!